Delisle is a friendly, active community located 40 kilometres (kms) southwest of Saskatoon, Saskatchewan’s largest city. It is located on Highway 7 at the junction of Highway 45. In Delisle, one can enjoy all the amenities of small town living with very easy access to all the attractions of a major city.

Delisle has an official census population of 1024 people and over 400 households. The population is a healthy mix of both young and old alike with demands for services for all age categories. The heartbeat of the community is agriculture and the potash industry. Two potash mines located nearby provide major employment opportunities for the area. In fact, the Agrium Potash mine is only 5 kms. away and is clearly visible from the northern edge of town. Agriculture and agriculture related industries also figure prominently in the local economy. Keybrand Foods Inc. is a major employer in the community involved in the salad processing industry. Orchard Transport Ltd., a local trucking firm, is also a major employer.

As Delisle is a quick twenty minute drive from the city limits, it is slowly becoming a bedroom community of Saskatoon. With Saskatoon’s plans for major expansion on the west side, that driving time will only be reduced. Residential and commercial property in Delisle is very reasonable to buy. The housing market is strong ensuring that homes retain their value. The recent opening of a nine hole grass green golf course on the north side of town has sparked an increase in housing starts in the last couple of years. To learn more about the real estate market in Delisle, please click on the “Real Estate” link found at the top   of this page.

All the streets in Delisle are paved. There is an abundant supply of excellent, treated water from a deep well source at very reasonable rates which ensures that there are no water shortages. The town uses the roll-out cart garbage collection system and the roll-out curbside recycling system provided by Loraas Disposal.

The Town of Delisle also has a full array of recreational, protective, school and health services for its residents. To view a full detailing of the services offered, please click on the “Recreation” or “Services” links found at the top of this  page.

The Town’s origins date back to 1907-08 when the Goose Lake Railway Line was built through land owned by 4 brothers named Amos, Eddie, Eugene and Fred Delisle. The settlement was named Delisle in their honour and on December 29, 1908, Delisle was incorporated into a village. Later, in 1913, Delisle gained status as a town.

Although primarily an agricultural community, the construction of the Agrium Potash Mine in 1969 significantly altered and boosted the local economy by providing a number of well-paying jobs. Today, Delisle has a blended economy consisting of agriculture, potash mining and is increasingly becoming a bedroom community to the City of Saskatoon.

Delisle’s most notable historical individuals are in the areas of sports. NHL hockey legends Max and Doug Bentley were proud to call Delisle their home. Their legacy continues to live on as both were inducted into the Hockey Hall of Fame and their names are still recognized by hockey fans worldwide. Delisle has a reputation in curling as well, where curling greats Jim Hill and Harold Worth competed on a national level. Current curling legacy Sherry Anderson and her rink call the Delisle Curling Club home and have twice captured the Saskatchewan Provincial Ladies’ Curling Title while curling out of Delisle. The Anderson rink has also competed on a national level numerous times. These names are just a few of the sports legends to come out of Delisle.

Although not as well known, a movie called “Paperback Hero” was filmed on location in Delisle in 1973. The movie starred Keir Dullea and was about, what else, hockey in small town Saskatchewan. The movie followed the antics of two small town hockey players and the demise of their hockey team and their local hockey careers. The movie came to symbolize what hockey means to our small communities in Saskatchewan.

Today, Delisle is a progressive community where sports and recreation are still a key part of who we are. With the diversity of the local economy and our proximity to Saskatoon, the Town of Delisle is guaranteed to continue to grow and prosper. In a nutshell, Delisle is a vibrant community that offers the best of both worlds, a small town atmosphere with easy access to the attractions of the big city! 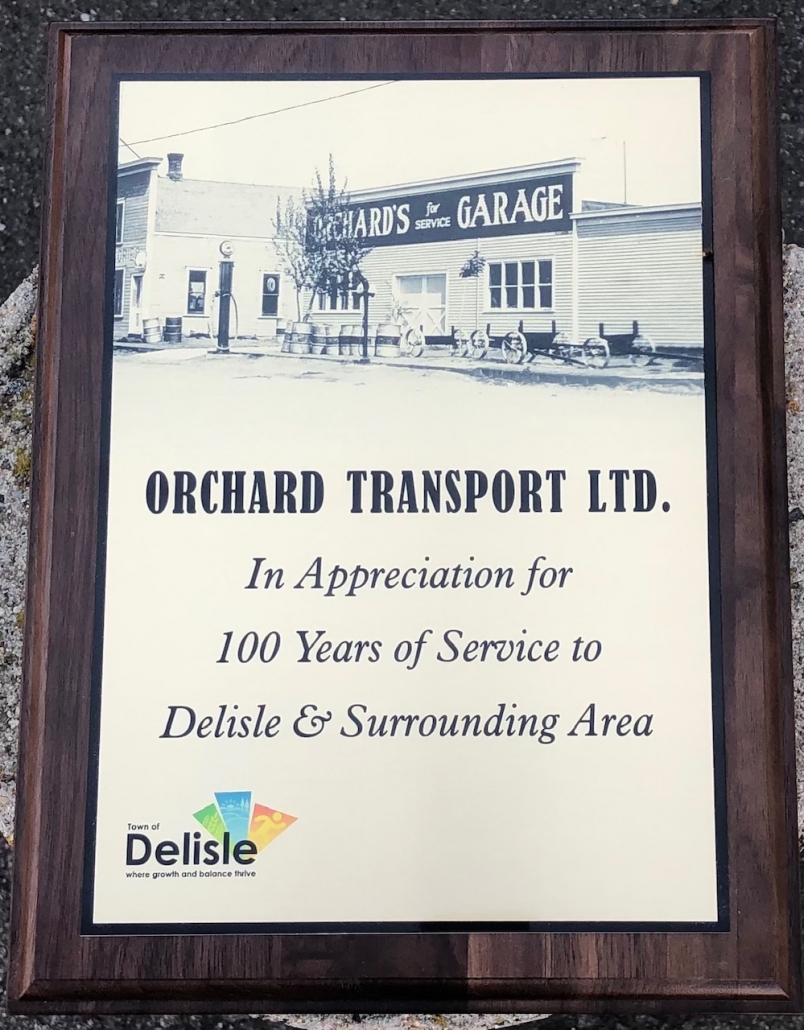 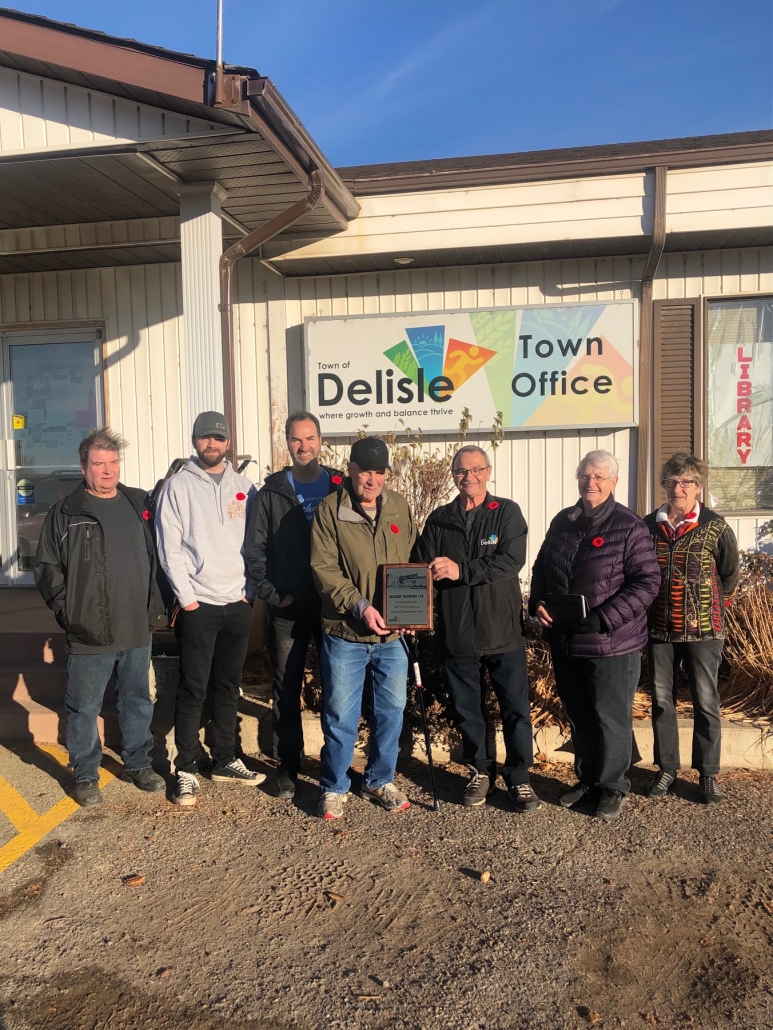 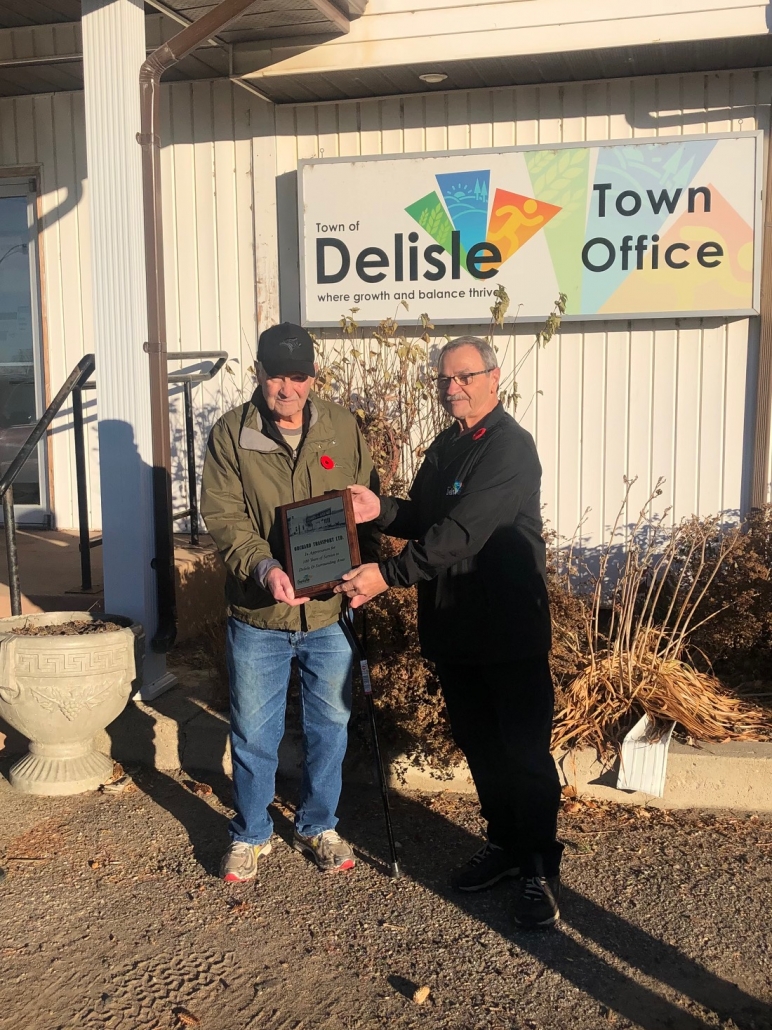